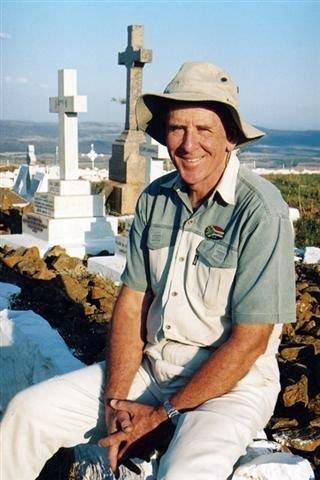 Ron Gold was born in the hilltop town of Eshowe in the heartland of old Zululand. Growing up in rural KwaZulu-Natal enabled him to become a fluent isiZulu speaker, and throughout his career he has travelled extensively in South Africa and as far afield as Mozambique, Botswana, Lesotho, Swaziland and Zimbabwe.

During his travels he has acquired an intimate knowledge of the customs, history and tradition of the indigenous people, especially so of the "people of heaven" who live in the Kingdom of the Zulu.

An accredited culture guide with KwaZulu-Natal Tourism, during the past decade Ron has concentrated on expanding his knowledge and life long interest in military history into a passion which he is now passing on to both foreign and South African visitors.

Ron has developed a series of specialised military history tours, which cover several interest areas: The Anglo Boer War battlefields of Spioenkop, Colenso, Ladysmith and others; the Transvaal War of Independence sites of Langs Nek, Ingogo and Majuba; the Anglo Zulu War sites of Isandlwana, Rorke’s Drift, Hlobane and others.

Tours to the spectacular San paintings in the heart of the mountainous Ukhahlamba-Drakensberg World Heritage Site are also very popular as are his talks and stories about the military prowess, customs and and history of the Zulu people.

Home for Ron and Sandie Gold is the luxurious Three Tree Hill Lodge which is on an aloe-strewn hillside between the Spioenkop mountain – site of the well-known battle in January, 1900 - and the Thukela River